Why Do Homes Experience Power Surges?

Have you ever come home to find that you have to reprogram your digital clocks? That’s likely because your place has experienced a power surge. Power surges can occur for a variety of reasons. For the most part, they are harmless, but they could do damage to your appliances and electronic devices. This overview will go over some of the reasons for power surges and provide some tips on what you can do to hopefully prevent any damage.

The Basics of a Power Surge

The normal outlets you have in your home are 120-volt versions. In reality, the electricity flowing through those outlets could vary between zero and 169 volts. Small variations are typically fine, but anything over 169 volts would be considered a power surge and could potentially cause trouble.

Here in Rochester, we have all kinds of crazy weather. It’s not uncommon for us to experience lightning storms, and as you may already know, this could lead to issues with the electrical system. This is because a lightning strike comes with millions of volts. When so much extra power enters the neighborhood electrical system, that voltage has to go somewhere. This type of power surge could damage your appliances, so if you’re in the middle of a major event, it could be a good idea to unplug them temporarily.

It may seem counterintuitive, but an outage can actually lead to a power surge. When the electricity stops flowing for a short amount of time, that’s normally fine, except for being an inconvenience. When the power is restored, though, there could be a sudden surge in electricity flowing through the wires. Surge protectors do a great job of protecting appliances from power surges that arise as a result of this situation.

Sometimes, people cause surges through overuse. You can overwhelm the system by plugging in too many appliances into a single circuit. It’s best to avoid creating a maze of cords all coming out of the same outlet. Otherwise, that outlet could have a massive spike due to all the things drawing power from it.

Faulty wiring is dangerous because it’s hard for residents to see. In fact, you may need a licensed professional like someone from Paxton Electric to take a close look at your wiring. Keep in mind that this may involve going behind walls. There are some warning signs that this could be the cause of your power surges, such as outlets that emit a burning smell or a buzzing sound, outlets with burn marks, or circuit breakers that frequently have to be flipped. The good news is that we can take care of the underlying issue for you.

Some of the reasons for power surges can be prevented, while others cannot. Fortunately, you can take steps to protect your home and appliances. Call us to schedule an appointment for surge protection installation or other electrical services.

PrevPreviousElectrical Safety Tips to Keep Your Pet Safe This Summer
NextWhy Preventative Maintenance Is Important for Your Electrical PanelNext
Contact our team today to schedule an electrical service estimate for your home or property. Call 507.710.1448

Cyrila Pycha
★★★★★
Read More
Brandon and his assistant showed up at the appointed time. I was also given a reminder notification of their service call. Friendly, professional and quick. Electrical outlets had power to an entire wall. Two GFI outlets had to be replaced. Very pleased with Paxton Electric's service.

Madhu Grover
★★★★★
Read More
We needed replacement of a Chandelier. Everything from getting the estimate, to scheduling and service was flawless. They were excellent to work with. Very careful with the piece and surrounding furniture during the set-up. Even wore a mask throughout the service. Would recommend highly and will ask them for service again.

Linda J. Sheppard
★★★★★
Read More
The best service/Installation experience I have had in a very long time. I received patience, compassion, information and detailed understanding of what I needed. Your employee was timely & efficient. Paxton electric is the company I will contact for any future electrical needs. Thank you so much for responding quickly to my online request for information. 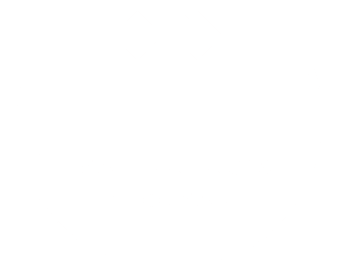